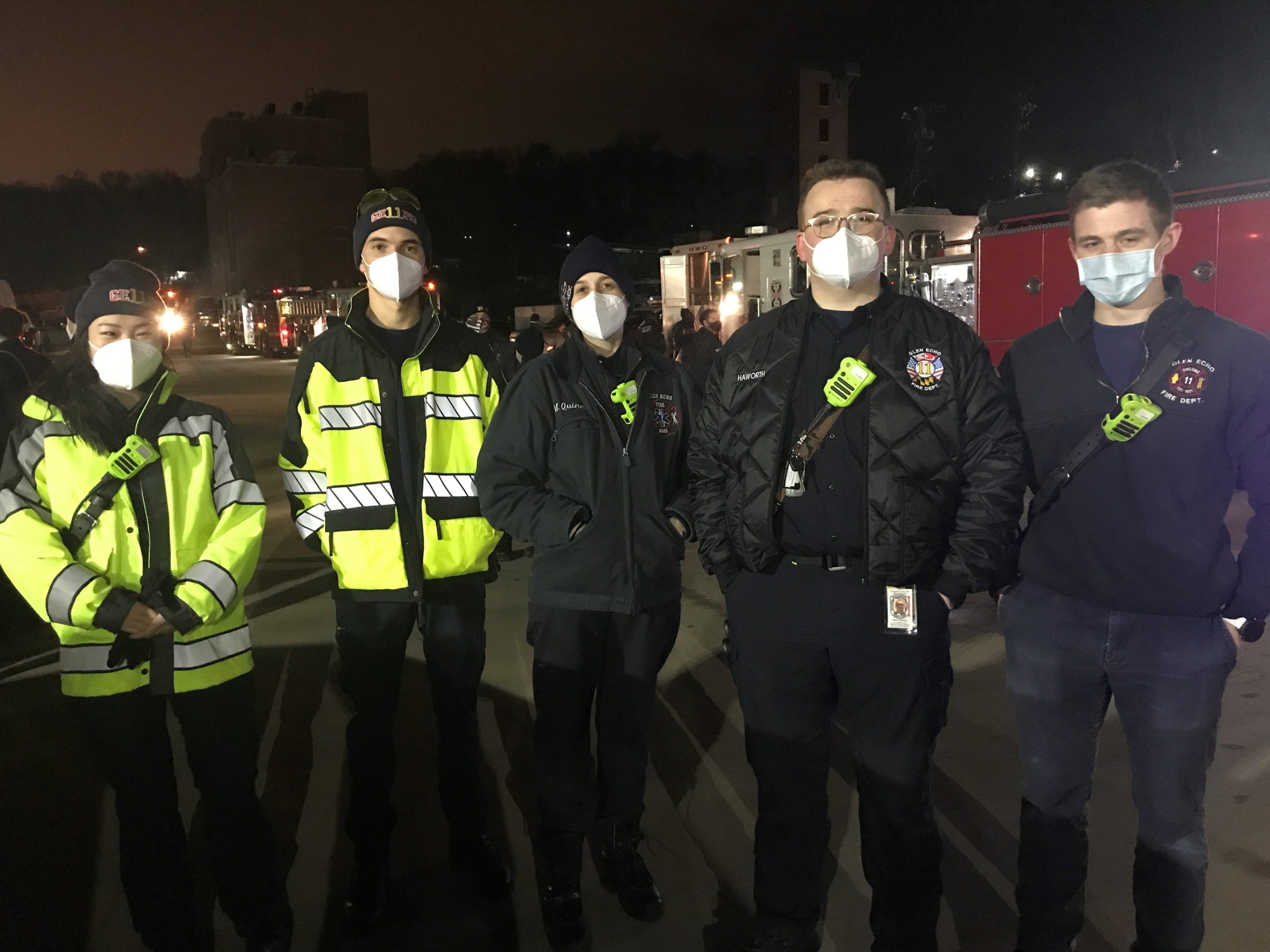 GEFD at the 59th Presidential Inauguration

At three in the morning, members of the Glen Echo Fire Department began waking up. It was not a fire or medical emergency, but it was another call to serve. Glen Echo volunteer firefighters, EMTs, and paramedics, along with the Department’s Chief and Operations officer were designated to support the 59th Presidential Inauguration. In previous years, the Department had deployed one or two units to the event, but this year the little Department nestled in a small community at the bottom edge of the county was challenged on an entirely different scale. Almost all of its operational members were needed to support an all-hands-on-deck event turned national emergency.
After the breach of the Capitol building by a large crowd of rioters on January 6th there were a lot of reasons to be concerned. On the day of the riot, Glen Echo Fire Department rapidly deployed a crew to the District who were dispatched to a location in the Capitol Building itself where they treated the injured, including a seriously wounded police officer. The scene was shocking, and everyone hoped it did not portend an even worse experience on Inauguration Day. Glen Echo Fire Department Chief William Dunn and his operational leadership team recognized the threat of civil disturbance and mass casualty was higher than in past years. With the increased threat level, there was a need for more personnel, and for preparation geared toward treating for the traumas common to riots, as opposed to the more routine medical emergencies attended to at most large scale events.
As always, the inauguration was a multi-jurisdiction, multi-agency event. Local, state and federal agencies came together to defend the nation’s capital and to ensure public safety personnel were present, and they prepared to manage the crisis, regardless of scale. For Montgomery County, preparation required not only providing personnel and apparatus to strengthen public safety readiness in the capital, but staffing in-county fire stations would also need to be bolstered for operation in a condition of elevated readiness. The County turned to its nineteen local volunteer fire rescue departments (LFRDs) to support the mission. Glen Echo Fire Department, along with several other LFRDs stepped up and supplied a contingency of trained and certified personnel to deploy to the District while also staffing additional fire and EMS units throughout the county. The volunteers who answered the call live and work in our community, and spend thousands of hours training and serving as certified firefighters, paramedics and EMTs in fire stations throughout the county 365 days a year. Last year, Glen Echo Fire Department volunteers provided over 25,000 hours of service, responding to nearly 3,200 emergency calls.
On Inauguration Day, Glen Echo Fire Department’s volunteer firefighters, EMTs, and paramedics staffed emergency apparatus on Capitol Hill, DC fire station 7, and Montgomery County stations 6, 25, 31, and 34. Fortunately, apart from the truly historic moment, the day was uneventful from a fire/rescue perspective. The crews were glad for this. Instead of treating the injured, they got a first-hand view of our new President who drove by on his way to spending his first night at the White House. Meanwhile, in Maryland, Glen Echo crews ran a number of calls for medical emergencies and traumas. In all, GEFD staffed four ambulances, a paramedic UTV, a paramedic chase car, and two command/supervisory vehicles. By the time the deployment wrapped up, it was dark outside—just like it was when alarm clocks starting going off 15 hours earlier.
GEFD is proud to have the opportunity to serve not only the Glen Echo/Bethesda Communities it calls “home,” but also, during large scale events, communities throughout Montgomery County and in our nation’s capital. It is your support which makes this possible. Thank you! 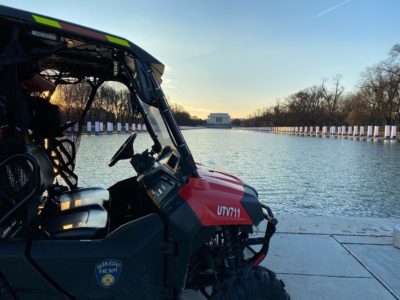